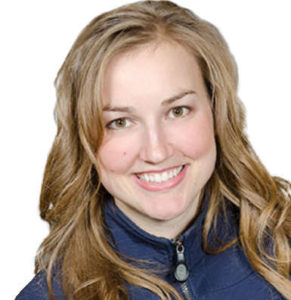 Marlyn graduated with a Master of Physical Therapy degree from the University of Saskatchewan in 2010. She has since completed FMS (Functional Movement Systems) and SFMA (Selective Functional Movement Assessment) training, which are focused at assessing and correcting an individual’s fundamental movement patterns. Marlyn is also an ART (Active Release Techniques) provider.

Marlyn has a special interest in sports injury prevention and management, as well as performance enhancement. Much of her interest in sports comes from having a sport background. Marlyn has played high school volleyball, winning two provincial championships, and was a member of the University of Alberta rowing team. She was also a member of the Alberta rowing team at the Canada Summer Games in 2005 and has completed 4 marathons.

Marlyn is a mother of two, and after her own childbirth experiences, she became interested in women’s health.  Marlyn has taken pelvic health education in order to help other women recover from their unique experiences and regain control of their health.