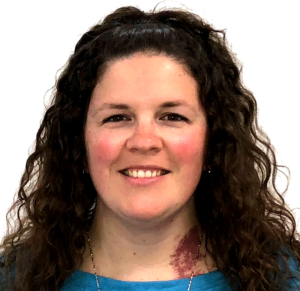 Kim graduated from the University of Alberta with a Bachelor of Physical Education, specialized in Sports Performance. She went on to get her Advanced Certificate in Athletic Therapy and became a Certified Athletic Therapist in 2010.Kim has been involved in many different sports as the medical first responder. She is currently the Mentor Athletic Therapist for the Sherwood Park Kings Athletic Club and Athletic Therapist for the SPKAC Midget AAA team, the Edmonton Wildcats Junior Football team and the Beaumont Outlaws Senior Men’s Lacrosse team. Kim has been involved with Hockey Alberta as the Mentor Therapist and Team Therapist for the U16 Male Team Alberta as well as providing coverage at evaluation camps for both the U17 male Team Pacific and the U18 Female Team Alberta. Kim has also been involved with the Sherwood Park Crusaders Junior hockey team as the Athletic Therapist and Equipment Manager, NAIT and MacEwan Men’s hockey, SAIT men’s basketball and the Edmonton Prospects Baseball team. She has volunteered time to a part of the medical staff for Taekwondo Nationals, Tim Horton’s Brier, Grand Slam of Curling, and World Junior AAA Baseball Championship.

When she isn’t working/volunteering with sports teams, she is probably out watching her favorite teams or former athletes! She also loves to camp or hang out with friends around a fire or card game.