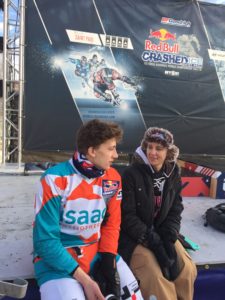 Isaac Physiotherapy sponsored crashed ice athlete’s racing season has just wrapped up. After a very successful year, Oli Isaac completed the 2018 Crashed Ice season last weekend. He raced in a total of 4 races; placing 80th in the world. This season bumped his world ranking up 85 spots – from 165 to 80th. He started in St. Paul, Minnesota ranking 44th in this race. Next he traveled to Jyväskylä, Finland, and placed 47th. He then continued his competitions in Finland by placing 27th in a Riders Cup event in Saariselka. Finally, Oli competed in front of his home crowd here in Edmonton. He placed 39nd in this competition, earning a 7th place in the last chance qualifiers. Isaac Physiotherapy is proud to sponsor Oliver Isaac and wishes him the best in training and competitions in the future.

See what Benden Escott and NAIT News Watch has to say about Oli and his sport.